The we need $14 million family.

Guess now that they have sent all thier kids to private school they now need $14 million to take care of thier daughter with Down syndrome.....give me a break.

by Aimee Green, The Oregonian
Saturday June 13, 2009, 9:45 PM
In the months before their daughter was born in 2007, Deborah and Ariel Levy worried the baby might have Down syndrome.
They say a doctor at the Legacy Center for Maternal-Fetal Medicine assured them that a sample of tissue taken from the placenta early in the pregnancy ruled out the developmental disability, despite the results of later testing that showed the fetus might have it.
But within days of the birth of their daughter, the Southwest Portland couple learned the baby did have Down syndrome. Had they known, they say, they would have terminated the pregnancy. Now they're suing in Multnomah County Circuit Court, seeking more than $14 million to cover the costs of raising her and providing education, medical care, and speech and physical therapy for their daughter, who turned 2 this month. The suit also seeks money to cover her life-long living expenses.

I will be very interested in your thoughts on this case folks. I for one think these people and their attorney are a joke. 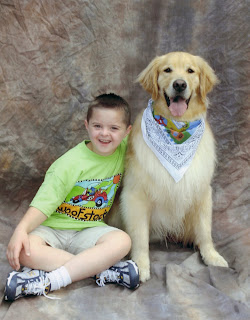 We headed out yesterday to a fund raiser for the Hamilton County Humane Society called WoofStock. It was held at Deer Creek Amphitheater which I still call it instead of referring to it by it's corporate sponsorship name. WoofStock was a blast and I hope they raised alot of money for the cause.

Nash and Seger sure had a great time.

Peace Dude.
Posted by Jeff at 7:45 AM No comments: